Caution: Deadly Poisonous Hemlock Could Be in Your Yard 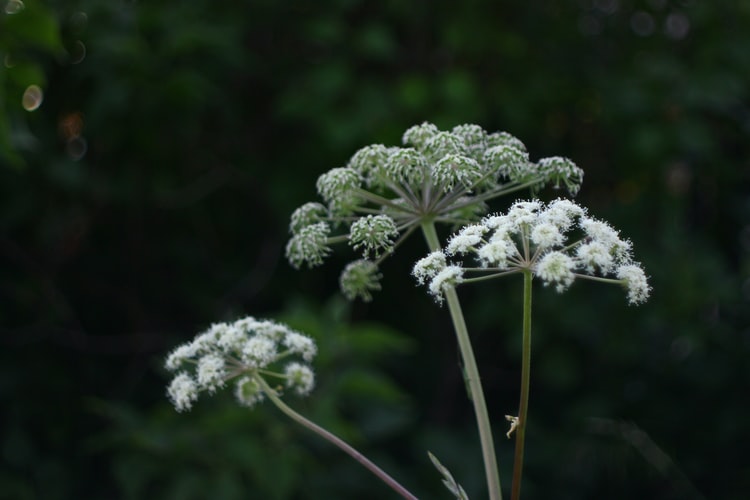 Caution: Deadly Poisonous Hemlock Could Be in Your Yard

A couple of weeks ago, I was with Chris Hargis on the west side of Indy near Plainfield, IN, when Chris pointed out poisonous hemlock growing on the side of the road. I’d heard of hemlock (wasn’t that the poison tea Socrates drank?) However, I had no idea it was in Indiana. According to the experts, until recently, it wasn’t.

People first noticed the plant in Indiana about five years ago. Since then, it’s spread so quickly that many agriculturists believe it will be impossible to eradicate. That’s the bad news. The good news is that it can be controlled and must be. Poisonous hemlock may be the deadliest plant in the state. It’s harmful to humans and animals. Your pets and children could be in danger.

Hemlock is in every county in Indiana. It grows along roadsides, in parks, and even in people’s yards. “That movement is a bit scary to me because this plant is very toxic, and it’s more of an opportunity for kids to play with it and pets to eat it,” said Dan Shaver with the Natural Resources Conservation Service.

“It is not a plant you want around your home or in your local park. This is the time of year that poison hemlock spreads and grows its footprint. Each plant produces a lot of seeds — up to 30,000 — that ripen between late June and August after it flowers…” — IndyStar.com.

Everything about Poisonous Hemlock is Dangerous

Poisonous hemlock is more than just a danger. From seed to sap, it is deadly. Ingesting any part of the plant can be fatal. When Socrates decided to leave this world and made himself hemlock tea, he knew what he was doing. It is so toxic that if the sap comes in contact with the skin, it causes blisters and welts. And do not burn the plant because inhaling the fumes can lead to complete respiratory failure.

“Hemlock poisoning occurs after ingesting any part of the plant, such as the seeds, flowers, leaves, or fruits. All parts of this plant contain toxic alkaloids that can be fatal even in small amounts. The alkaloids can affect nerve impulse transmission to your muscles, eventually killing you through respiratory failure. To date, there is no antidote.” — Healthline Hemlock Poisoning

How to Recognize Poisonous Hemlock

Hemlock is a biennial. The first-year plant looks like a low-growing fern. The photo in this post is of a second-year plant. Some of you may have noticed the resemblance to Queen Anne’s Lace (also known as wild carrot) that’s because they’re related. Both are members of the carrot family, and while many members of the family are edible, including carrots, Queen Anne’s Lace, and parsley, hemlock isn’t. I shudder at the thought of someone mistaking hemlock for Queen Ann’s Lace.

“Dugan Julian is a regional specialist with Southern Indiana Cooperative Invasive Species Management. He said it’s easy to mistake the plant for a wild carrot or parsnip. ‘Where a lot of the accidental ingestions come from with poison hemlock are foragers who think they found a parsnip, and they consume it, and a lot of bad stuff happens,’ Julian said.” — Be On the Lookout for Poison Hemlock in Indiana

The best way to tell hemlock from Queen Ann’s Lace is that hemlock grows taller, reaching from four to six feet or more, and hemlock has a thicker stalk covered with purple dots.

How to Get Rid of Poisonous Hemlock

If you find hemlock in your garden, flower bed, or along a fence row, you can dig it out but be extremely careful not to expose yourself to the plant. Wear long sleeves, long pants, eye protection, gloves, and a mask. When finished, either discard the safety wear or immediately wash it. It would be best if you also washed any tools you use. It’s okay to bag the plant and put it in the trash.

Here are the Purdue Extension recommendations for managing and preventing poisonous hemlock.

It can be effective for single plants or very small infestations. Pull or dig up all plants, place them in a trash bag and dispose of them with the regular trash. Always wear protective clothing, including gloves and eye protection, to prevent the plant from contacting the skin.

Mowing or cutting may be effective control but must be repeated often because the taproot can send up new shoots after a single mowing.

Effective for large infestations and spot spray applications to individuals and clumps. Herbicide application should be performed while the plant is actively growing and before flowering.”

Poisonous Hemlock is a Real Concern

Unlike many invasive plants, hemlock is more than a nuisance. It can be a nightmare. So, take the time to learn how to recognize the plant and how to manage it.

How Can We Help You?

Berger Hargis has a company philosophy of providing personal excellence for all our services. Our growth and success have been due entirely to our commitment to honest, excellent customer service. The company has been built on the referral business we have received due to this philosophy.

If we can answer any questions, please don’t hesitate to Contact Us.

Photo by Aleksey Milov on Unsplash